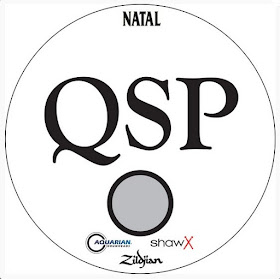 QSP is Don’s new part-time venture. It is a band consisting of Suzi Quatro, Andy Scott and Don Powell. Who’d have believed that back in the 1970’s!
Both Suzi Quatro and Andy Scott hinted at this new collaboration in my book “Look Wot I Dun”, the official Don Powell biography, which Don co-edited for Omnibus Press, 2013. Andy Scott even said: “I remember talking with Suzi Quatro once about having a little side project and on the drums it had got to be Don. I think Don is possibly the best drummer in rock and I have never heard a louder drummer in all my life. (…) So both Suzi and I went, 'It has to be Don.' That still could happen.” (“Look Wot I Dun”, p. 303).
According to Don’s official website, www.donpowellofficial.com , QSP have been signed by Sony records for the territories of Australia and some of the Far East. The band has completed their first album which will be released by Sony prior to a tour of Australia next February.